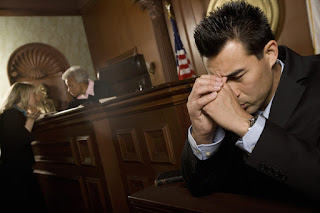 Criminal court dates are mandatory. When a person is facing criminal charges, or is involved in a criminal proceeding, they are legally obligated to show up for all court hearings. Missing a court date is referred to as a “failure to appear” or “FTA”, and it is a crime punishable by law. Forgetting or neglecting to appear for court is not like missing a doctor’s appointment. A person will face serious criminal charges in addition to the ones they were already charged with prior to missing their court date.
Without the help of an experienced criminal defense attorney, those charged with FTA will likely be sentenced to the maximum penalties decreed by their state. Depending on where they live and their criminal history, these penalties will vary. Continue reading to learn more about FTAs and what to expect if you are facing a similar charge in your town.

Bench Warrants
If a person misses a mandatory court hearing, they will be issued a bench warrant. This is a type of arrest warrant that demands a person’s presence on the judge’s bench. When a person has a bench warrant, they can be arrested and taken into custody at any time, whether during a routine traffic stop or at their front door. They can post bail and be released from police custody in most cases, but they will have to sit in jail for at least a few hours.
A person must face the judge once again, not only for their past matters, but for new criminal charges as a result of missing their court date. That means a separate set of penalties on top of the ones they were facing with their original charges. However, the severity of penalties for a FTA generally depends on the seriousness of the original crime a person was charged with. Penalties also vary by state. Look below for an example of misdemeanor crimes and felony crimes.
In Indiana…
Misdemeanor Crimes – A Failure to Appear charge will be penalized as a Class A Misdemeanor if the original crime was a misdemeanor. Class A Misdemeanors are punishable by up to 1 year in jail and $5,000 in fines.
Felony Crimes – FTAs charges are penalized as Level 6 Felonies if the original criminal charge was a felony offense. Level 6 felonies are punishable by 6 months to 3 years in jail and up to $10,000 in fines. Sometimes they can be reduced to Class A Misdemeanors for first-time offenders.

Call The Law Firm of David E. Lewis, Attorney at Law, at 317-636-7514 if you missed your court date in Indianapolis, Indiana. Schedule a free initial consultation to discuss your criminal charges with an experienced Indianapolis criminal defense attorney. Call 317-636-7514 to get started on your case, today.
READ ALSO  HOW MUCH DOES HEALTH INSURANCE COST FOR THE AVERAGE ADULT? AND LOAN